From city to island 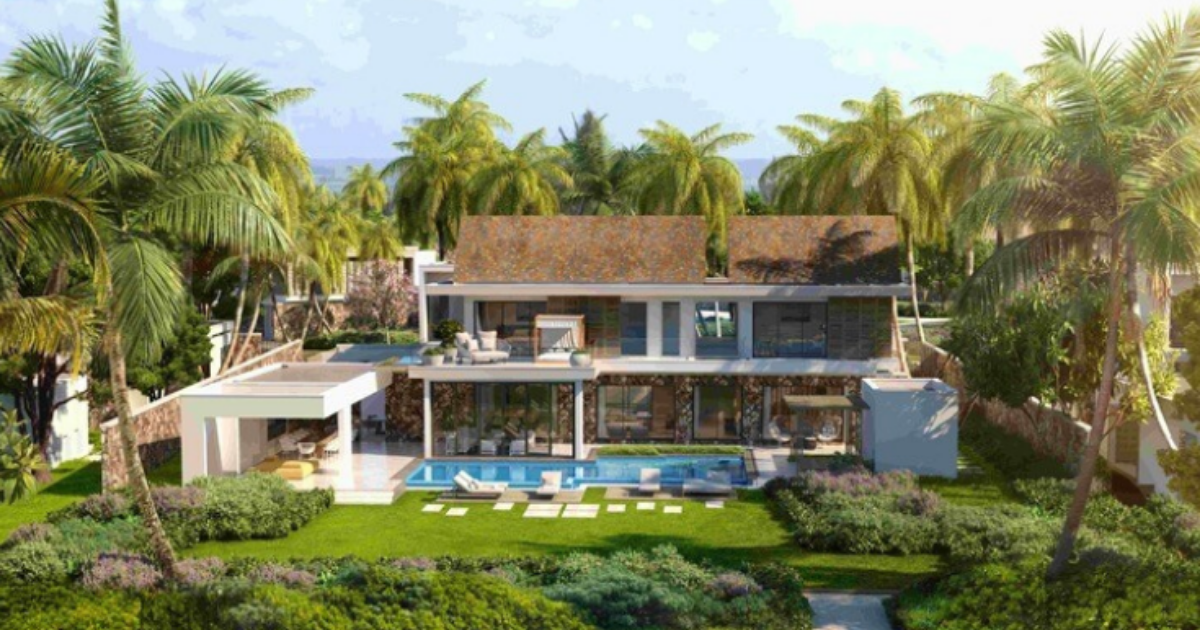 ULTRA LUXURY ALL THE WAY

Sweeping views of the Atlantic Ocean witnessed over the rim of a glass of Moët & Chandon, what better way to start a working day? Members of the media gathered in the spectacular home of architect Stefan Antoni, to get the scoop of the One&Only Le Saint Géran in Mauritius private homes.

As the aroma of French toast with roasted banana, maple syrup and gold dust wafted past me, I decided to behave and stick to less decadent, but equally divine options. The crispy potato rosti topped with smoked salmon, yuzu mayo and balsamic caviar were sublime, as were the wild mushroom, truffle and Parmesan frittata topped with porcini dust.

Hugues Jannet, Director of the Private Homes at One&Only Le Saint Géran in Mauritius, introduced the development, which will redefine the term ultra-luxury. A one-hour drive from the airport to the east coast brings you to natural beaches and the largest lagoon. This tropical island, easily accessible and breathtakingly beautiful, offers sound investment. The island is politically and economically stable, buyers are well-protected and the attraction of a 15% tax rate beckons those in the big league. Owners will be entitled to a Mauritian Residency Permit. Full ownership, with occupation after a two-year construction period, ensures that your freehold home will not be subjected to the chaos of a building period. Formerly the 9-hole golf course at the One&Only Le Saint Géran, the private, secluded peninsula will have 52 villas on 2km of soft-sand beach, two-to six-bedroomed and a signature home, all serviced by the hotel. Six properties have direct beach access; all have private pools.

“Residents will enjoy access to all of the experiences available at One&Only Le Saint Géran including the restaurants, tailored adventures and immersive excursions. In addition, owners will have access to private chefs for special occasions, personal trainers, spa therapists, babysitters and more. The One&Only Private Homes will be fully maintained and serviced by the resort on an ongoing basis, making ownership easy,” said Hugues.

Five varied designs are all inspired by the location, in two distinct styles, either ‘modern Mauritian’, or ‘contemporary’. Project architect Stefan Antoni has worked his magic. After struggling to refuse a crispy croissant filled with succulent Angus-seared fillet, with sage and creamy mustard, I sipped a cappuccino, dreaming of a return visit to il Maurice. The show villa will open its doors during the first week of December 2019. A lingering glance at the artisan biscuits and French petit fours, and I was ready to take my leave. My appetite for re-igniting my love affair with this island, has been whet. oneandonlyresorts.com 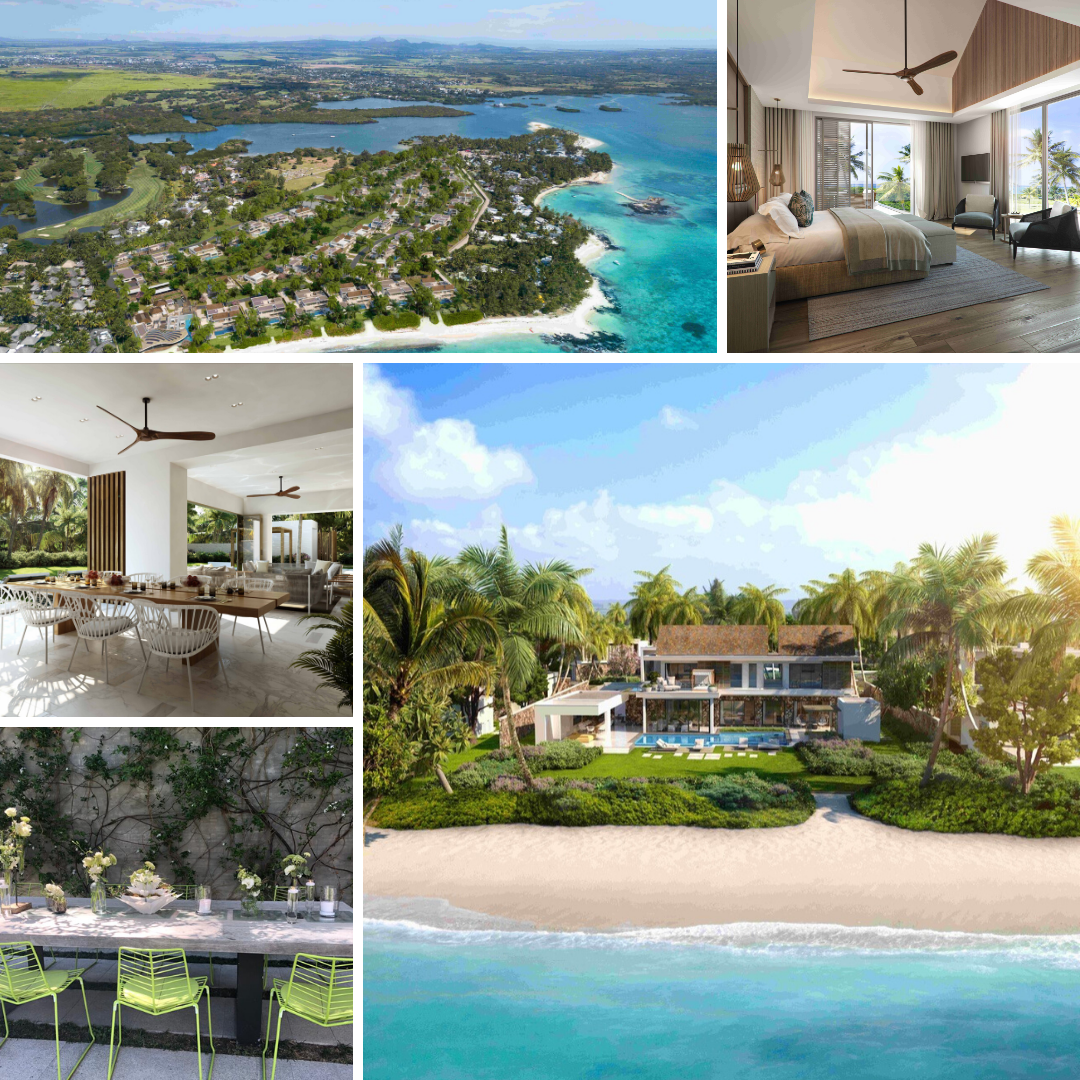 Last week, as Michelin started releasing their lists of restaurants with one, two or three stars, we announced SA’s plated restaurants at an unforgettable, happy function at the new, state-of-the-art KitchenAid Africa premises. One plate is given for excellent cuisine, two for exceptional cuisine that demands a detour, and three for world-class destination dining worthy of a flight.

It’s been busy in the lead-up, with my family sometimes living on leftovers (of leftovers!). As the dust settled our Cape-based foursome headed off to Nobu at the One&Only Cape Town for an intimate celebration. How exciting to arrive and see their sparkling new 2020 JHP Gourmet Guide™ two-plate award displayed at the entrance. Staff were quick to explain what it was, and meant to them, to other guests on arrival. I was reminded of how the 36 plates are acknowledging the efforts of not only the chefs who receive them on behalf of the restaurants, but the many hardworking people behind the scenes. Congratulations again, one and all.

After winding our way down the stairway, we received the flamboyant, traditional Japanese welcome. We settled into a booth instead of ringside seats at the counter, where we had planned to have a few plates of sushi. Chef Harold Hurtada welcomed us and insisted that he choose our dishes. A glass of Le Lude bubbles and we were ready for the adventure.

The amuse bouche of edamame beans may allow you for a moment to think that this could be a standard meal. It is a mere distraction before the spicy chicken tacos and crispy and delectable fried squares of sushi rice. A quartet of Wagyu, salmon, tuna and crab with caviar arrived in a puff of smoke. Next up, a spinach salad, sublime in its simplicity, and the tender Canadian lobster. Our sushi course (hello, were we not only there for sushi?), was tuna sprinkled with a dusting of Parmesan, yellowtail, Japanese omelette and scallop. A simple-looking dish of Chilean sea bass followed, a Nobu signature, with black beans.

I declared elegant sufficiency before the meat platter, with the option of continued cooking on hot rocks. The Springbok, lamb chops, Wagyu beef and chicken roulade were succulent, tender and tasty. Vegetables with a trio of sauces ranged from sweet and piquant to fiery.

A few glasses of saké and wines had been perfectly paired for the passenger half of the party, no doubt advised by experienced and friendly sommelier Pearl Oliver. Dessert, we were told, would be something light. A large, round platter was presented. The chocolate fondue took prime position, looking down on little dishes – churros and doughnuts for dipping, fresh fruit, Japanese plums and some traditional Japanese bean paste delicacies. The chocolate fondant and green tea ice cream worked hard to compete with the best cheesecake I have ever tasted.

Every nuance and note of every dish provided an indelible memory. An experience like this demands exceptional, knowledgeable service, and we were treated to that every step of the way. From toddlers in highchairs to the most sophisticated traveller, the smiles on everyone’s faces meant that we were not the only diners celebrating a dinner worthy of a detour.

Restaurants step up to the plate

RESTAURANTS STEP UP TO THE PLATE As restaurants begin to re-open, valiantly and differently, we need to continue to support them. I for one hope ...
Read More
Blog

Celebrating another anniversary, this time homebound

CELEBRATING ANOTHER ANNIVERSARY, THIS TIME HOMEBOUND Birthdays come and go, relentlessly, yet a wedding anniversary requires huge effort. When we got married more than three ...
Read More
Blog

A FINE FATHER’S DAY WEEKEND It was a real ‘hygge’ weekend, roaring fire, my lap covered by a cashmere rug and my cat – exactly ...
Read More